After ‘Shine Ya Eye’ Housemate Liquorose effortlessly hoisted her colleague Pere on her back, Erica shared her fears.

The reality TV personality, who appeared astounded by Liquorose’s level of energy, stated she would never fight her because she would beat her up.

She wrote: Liquorose carried Pere on her back in front of me, girl I’m never fighting with you before you beat me.

This comes after Toke Makinwa shared jaw-dropping photographs on her Instagram page to celebrate her birthday and express gratitude to God.

Many Nigerian celebrities, including Erica, storm Toke Makinwa’s comment section with beautiful messages and prayer, but Erica’s comment generated a fight among some netizens.

Although Toke Makinwa did not comment on Erica’s message, a social media user who probably felt it was disrespectful to address Toke Makinwa in such a manner dragged Erica. 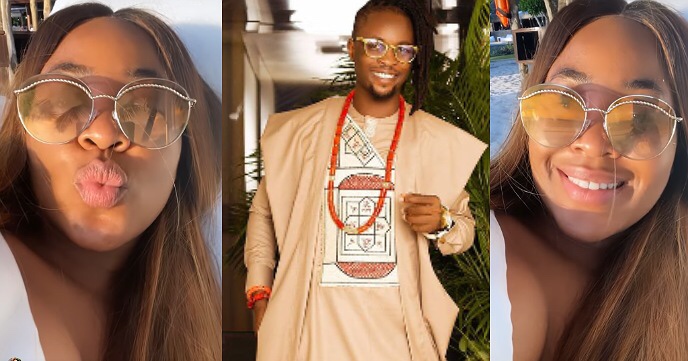 Published on 14 days ago 1 min read Published on 22 days ago 2 min read