Nigerian actress Eniola Badmus has opened up about her weight-loss journey. She believes she has overcome various obstacles to get to where she is now.

In an interview with City People, Eniola said that she has lost 33 kg.

The following are some excerpts from the conversation.

“In terms of my appearances, a lot has changed owing to a decision made,” she replied when asked how she was able to do it in terms of her appearance. I want to surprise everyone whenever I decide to have this event. With the pressure and stigma I’ve faced, I’d like to make a difference. So I’d like to surprise everyone while also assisting myself.”

“It is not easy,” she said when asked how she was able to reduce so much weight. What I can say is that I reached a point where I couldn’t control what I ate any longer. I eat everything as long as it’s edible, so I felt something wasn’t quite right. So far, I’ve shed 33 pounds.”

“I have other habits, but I stopped even the one I believed I couldn’t,” she said when asked what else has changed about her. I have a nasty habit that I should have given up a long time ago. This year, a lot has changed about me, and I wasn’t prepared for it. As the year progressed, I made the decision to make a shift.”

When asked how she deals with critics, she said, “This is ano…”

“This is another significant thing that I don’t discuss because there is no point,” she said when asked how she deals with haters. I don’t see them, although knowing who they are, because I don’t want to cast them in a negative light. You have a problem if you despise me because I can cope with anyone. What I believe people dislike about me on social media is my stature, therefore they say various things that have made me strong. With this, there isn’t anything that troubles me; I just do me and what I want whenever I want. Whether we like it or not, I’m in the spotlight, and different things will happen, as we all know is the case in our area of work.”

‘I miss you so much, mama’ Actress Eniola Badmus remember her mother’s posthumous birthday 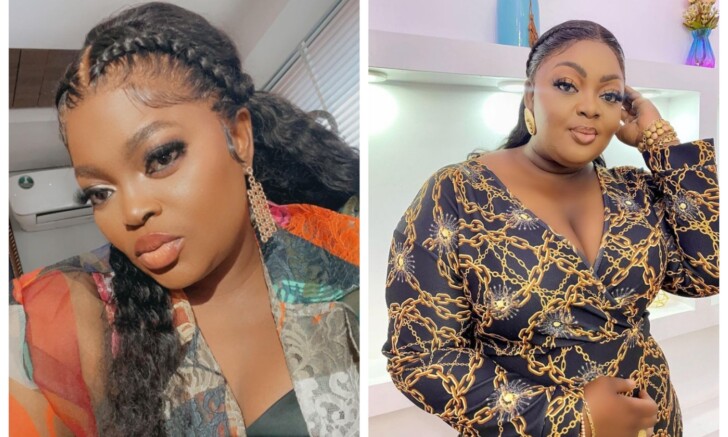