Idris Okunneye, also known as Bobrisky, a controversial crossdresser, has insulted a follower who sought a giveaway.

This comes after Bobrisky posted on his Instagram page a screenshot of a message he received from someone who wanted to sponsor a giveaway.

Bobrisky requested authorization from her admirers and followers before collecting the money, claiming that his fans are not hungry.

bobrisky222 wrote: @shopinverse let me ask my fans if they will collect it o ! My own fans are not hungry fans o
Should I collect it guys.

Reacting to this, a follower took to the comment section stating that he and other fans of Bobrisky are hungry.

Bobrisky responded to the follower with multiple laugh emojis and said ‘Ode ni e’, a Yoruba word translated as someone stupid

Bobrisky cried out at the manner some people keep spoiling his name.

Bobrisky has been in the news lately for leaving a fake life and owing numerous debts. He was also called out for allegedly borrowing N20 million for his luxury 30th birthday party.

An Instagram blogger Gistlovers alleged that Bobrisky borrowed N20 million from an anonymous Abuja Babe who has promised to call out Bobrisky anytime soon.

Bobrisky recently shared a video of himself sipping a drink on his Instagram page, saying that God has kept blessing him with mercy, favour, and kindness, but some people keep spoiling his name.

Published on 23 hours ago 1 min read 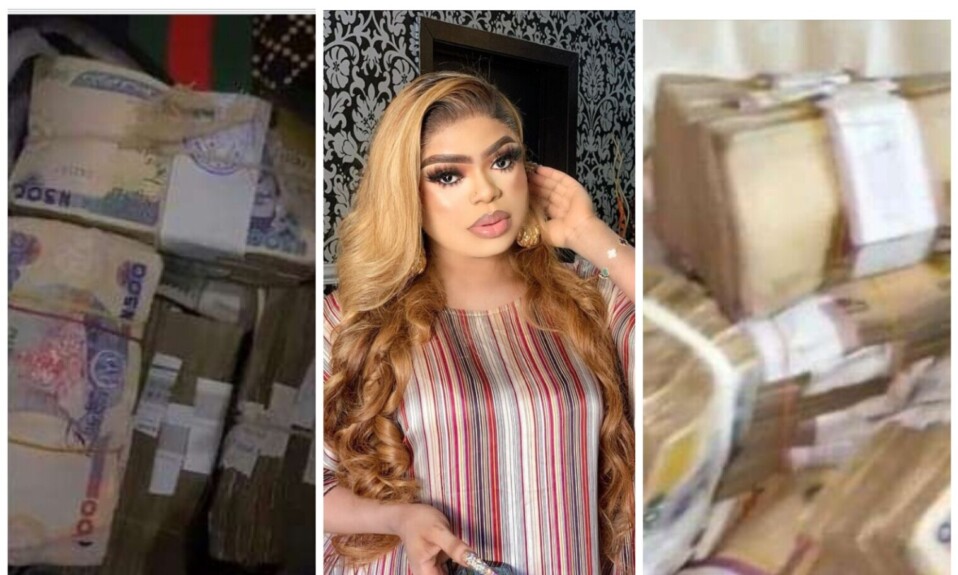