Before his death on September 21, 2021, Fortune Umurname Peter, commonly known as Fortune, was Davido’s official photographer.

Prior to his death, he spoke with City People about how Davido has been a gift to him and that he recently got him a $7000 camera and a $3000 laptop.

Recounting how he met Davido, Fortune said “It was through my friend Yola who used to manage Dj Olu. I knew him when I did back to back free jobs. I told him I wanted to give something to Davido and he said I had to go through DMW president who happens to be BANKO.Yola did all the link up and pushing and he arranged for me to see Banko somewhere at Ikoyi.Luckily for me, I saw David and I gave him the respect by lying down to greet him. Banko left with David so I took that opportunity to know the people around him and also exchanged numbers with a lot of big guys there and later, he came to collect the design from me and put it behind his phone and said he will show Davido. I took that opportunity to collect Banko’s number and I saved mine on his phone started texting him and sending pictures even though it usually took a while for him to reply or even pick my calls. But I was not worried, I continued trying to create the relationship.

Time went on and I told Banko I would like to work with them and he said that was not a problem that he would work things out and asked if I would work with Mayorkun or Dremo and I said no problem. I met Asa who happens to be Davido’s manager at an event and I took a picture of him and Davido. The picture was saying something and that was me being creative as usual so I edited the picture I sent it to Asa. He said thank you, uploaded it on his page and still gave me credit. Banko promised that he was going to call me for Gidi fest but he travelled.

I called and texted but he didn’t answer me, then later I heard they all travelled to South Africa. When he got back we linked up and he still gave the same promise saying he would be linking me and giving me updates which he did this time. He gave me different updates DMW had. He asked me to go to a video shoot they had at a studio in Maryland but before I got there, due to lack of funds and a mistake in the address, I got there late. They were already rounding off and I just went on to still shoot what was left. After the shoot, Davido saw me and called me by my name, Fortune. I was so surprised and happy inside me. I felt that if Davido could know my face and my name then I was making progress. It was late and I couldn’t go home, I went to the Island with them and left the next day. After a long time of working and not getting anything, they planned their 30GB concert, I attended, took several pictures and I was the one that took the viral picture of Wizkid and Davido hugging after the show.

David followed and sent me a message on Instagram asking me to send him all the pictures on WhatsApp and from there, things started building up and I was talking to Asa since he had assured me that I was going to work with them. Chioma’s birthday came up I went to the birthday party. I took pictures that went viral and people started recognizing me more. After that, Banko added me to DMW group chat and that’s where everyone in DMW is. I started sending pictures of everyone there. I will give Banko and Asa credit, they really tried.

They pushed it until it worked out. Davido called me and promised he was going to get me a new camera and a laptop once he gets back but he forgot so when he came back I asked Banko how far with the Camera Davido promised to get. He reminded Davido about the camera and David asked me to choose a camera and laptop I wanted and then order it with my phone so that he would pay with his card. When I told Banko David asked me to get any camera I wanted he said I should take a ‘mad ass’ camera so I found a good camera online which was about 7000 dollars with the lens and the laptop for 3000 dollars.

I felt it was too expensive and I was scared to tell them so it wouldn’t look like I am extorting from them but I still put it together and I told Banko and he said okay, not knowing he sent a message to David and that was how I ordered the camera and Davido paid for it with his USA card and told his friend, Black Tycoon, to pick it up for him and I was tracking it from my phone and when the camera finally came, I signed a deal, had an agreement with the management and started travelling with Davido to anywhere he’s going and things have been going well.” Fortune disclosed.

The death of Davido’s photographer comes barely a few months after the death of Obama DMW.

Hence many Nigerians have questioned why death trails the DMW camp, and it is still a mystery most fans have been unable to unravel. 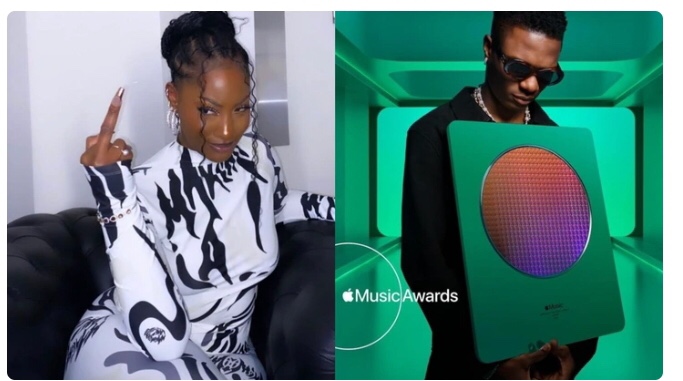 Published on 3 mins ago 1 min read

Published on 3 hours ago 1 min read